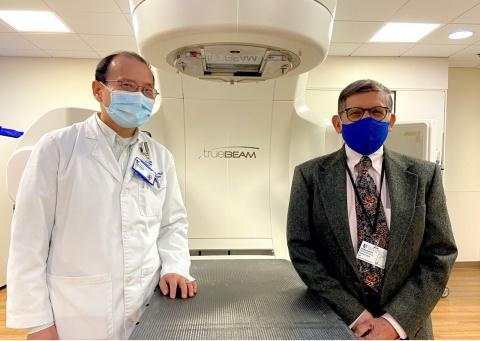 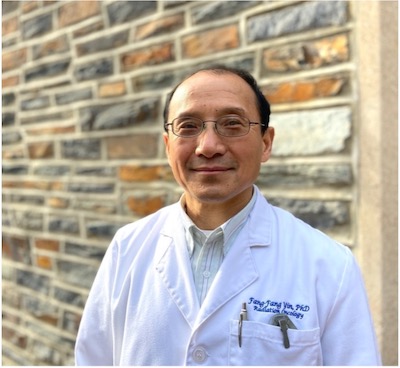 An internationally recognized expert in advanced radiation treatment techniques, Dr. Yin is a compassionate academic and clinical medical physicist. He has developed various image-guided techniques and machine learning methodology to enhance and secure delivery of intensity-modulated radiation therapy, stereotactic body radiation therapy (SBRT) and stereotactic radiosurgery (SRS), and is considered a pioneer in these areas. He served as PI or co-PI for over 10 research grants from NIH and industries and as a grant reviewer for NIH and State DOH research proposals, and he has over 300 peer-reviewed publications and 5 patents in related fields. He has supervised over 40 graduate students and post-graduate Fellows at the University of Rochester, Henry Ford Health System, Wayne State University and Duke University.

Dr. Yin is active in many different professional societies, including the American Association of Physicists in Medicine (AAPM), the American Society for Radiation Oncology (ASTRO), the American College of Radiology and the International Stereotactic Radiosurgery Society. In these societies, he has acted in leadership roles in many committee activities and has participated in task groups for developing professional physics practice guidelines for advanced radiation therapy treatment techniques. He has been named a Fellow of AAPM and ASTRO.

Dr. Yin attended both Zhejiang University and Bowling Green State University and graduated with BS and MS degrees in Physics. He received his PhD in Medical Physics from the University of Chicago in 1992. He served as faculty in radiation oncology and biomedical engineering at the University of Rochester from 1992 to 1998 and before becoming the Division Head of Physics in the Department of Radiation Oncology at Henry Ford Health System with an adjunct professorship at Wayne State University between 2003 and 2005. Dr. Yin joined Duke in 2004 as Professor in the Department of Radiation Oncology and Division Chief for Radiation Physics.

Dr. Yin has a demonstrated commitment to women’s health and the research and treatment of breast and gynecological malignancies. His PhD thesis research was focused on automatic detection and classification of breast cancers using artificial intelligent methodology. He served as PI for an American Cancer Society institutional research grant funding an investigation of computerized methods for the radiation treatment of breast cancer; he also served as the Primary Mentor for a Predoctoral Traineeship Award focused on metastatic breast cancer from the Department of Defense Breast Cancer Research Program. In early 2000, he pioneered the development of radiosurgery treatment techniques for metastatic spinal disease from breast cancers. Since 2007, he has been the course director and instructor for Duke’s Advanced Image-guided Radiation Therapy course and Radiation Therapy Physics course (for Radiation Oncology MD residents). Dr. Yin has published numerous articles and papers on the treatment of breast cancer and gynecological cancer; his research has advanced the field and led to improved treatment methods of women with these malignancies.

About the Gustavo S. Montana Professorship 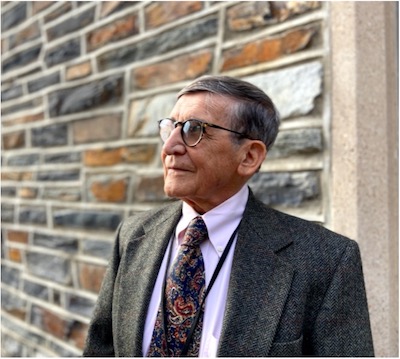 In honor of Dr. Montana’s commitment to treating and researching gynecological and breast cancers, the Gustavo S. Montana Professorship is specifically awarded to faculty involved in the study of these areas and the treatment of women’s malignancies.

The first recipient of the Gustavo S. Montana Professorship was Mark Dewhirst, DVM, PhD, a professor in the Department of Radiation Oncology and Vice Director for Basic Science in the Duke Cancer Institute.